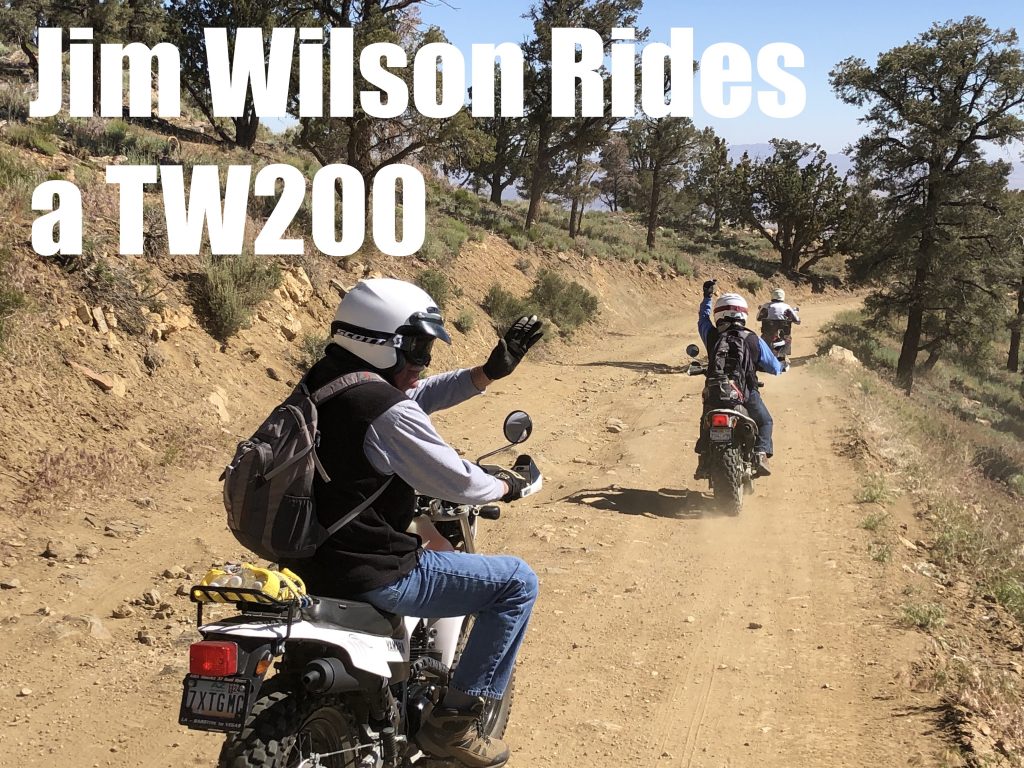 To us, Jim Wilson is a fellow TDUBBER! But it is quite obvious, now that the TrailBlazers Motorcycle Club has released the following video, Jim is deep in the game of two wheels!

Jim Wilson was one of America’s early, pioneer motocross stars. He started off riding trials at age 13 and soon moved to the motocross course as a factory Greeves rider. He later went on to help develop the Honda Elsinore motocross bike. Video is narrated by Dave Despain and produced by Pipeline Digital Media.

Jim Wilson is known as one of the best motocross racers to come out of Southern California in the 1960s and 1970s. But Jim is much more than a great motocrosser; he’s one of the best and most versatile all-around motorcyclists in the country.

Jim’s passion for motorcycles began when he was 12 years old and his father purchased a 1962 Step-Through Honda 50. Even as a youngster, Jim was a gifted athlete and his excellent coordination and balance made him a natural motorcyclist. He had so much fun riding the little Honda to its limits; his dad, Forest Wilson, bought him a Triumph Cub. It was on the Cub that 13-year-old Jim tried his hand at Trials competition. After just four events the Southern California Trials Association moved Jim up to Expert. Four more events later and Jim was moved up to Master.

Still riding the Cub, Jim earned #1 Trials plate for the next two years, which earned him a sponsorship from Nick Nicholson, who put him on a Greeves Anglian. The victories kept mounting up and Jim scored 55 straight wins in Trials competitions and added two more #1 plates to his trophy case.

In 1966 his dad bought him a Greeves 250 Challenger with Ceriani forks and a wide-ratio gearbox. Jim went desert racing and, as a pie-plate Novice, found himself dueling with J.N. Roberts for several miles until the Greeves ran out of gas.
Then in 1968 Jim took the Greeves up to the Mammoth Mountain MX and won all three motos in the 250cc class. By 1968, Jim was winning motos wherever he raced. Greeves took notice and invited Jim to the factory in England where he learned a lot about how the English built their bikes and how the Europeans raced motocross. When he returned Jim was a factory-sponsored rider on a Greeves 250, and a 380 Greeves Griffon. He often rode the 125 class as well, first on a Sachs and later on a 125 Puch.

As a motocrosser Jim went where the money was, riding several days per week on the Southern California motocross circuit. By 1970, he was the man to beat at Ascot, Saddleback, Carlsbad, Bay Mare or wherever there was a big purse. Sometimes, he won all three pro classes.

He was named West Team Captain for the 1970 “East versus West” Team races. His teammates included Tim Hart, Jim West, John Rice, John DeSoto, Jim O’Neal, and Billy Clements.
Jim switched to CZ in 1971 and kept right on winning. He was on the cover of Cycle News four times for his exploits.

Everyone could see that Jim was in the running to be one of America’s early National Motocross Champions, but knee injuries slowed his racing career on the national stage. When the 1972 Motocross National Series came to the West Coast, Jim rode at Carlsbad, Saddleback, and Cal Expo competing in the 500cc class and finishing in the top ten at all events.
In 1973, Honda called with an offer to put Jim’s skills to use as a development rider. Jim took the offer and helped test the Honda Elsinore. He also rode for Honda’s TV commercials and brochures and even rode with the “King of Cool,” Steve McQueen in a Honda video.

Today, Jim Wilson is still riding, racing and competing in Trials events. And he doesn’t just ride in the Vet class. He still enters multiple classes wherever he goes. He likes new bikes and vintage bikes and can’t imagine a life without motorcycles. In 2017, he added another title to his long list of accomplishments when he won the AHRMA Premier Class Vintage Trials Championship. Jim is a Trailblazer to the core.