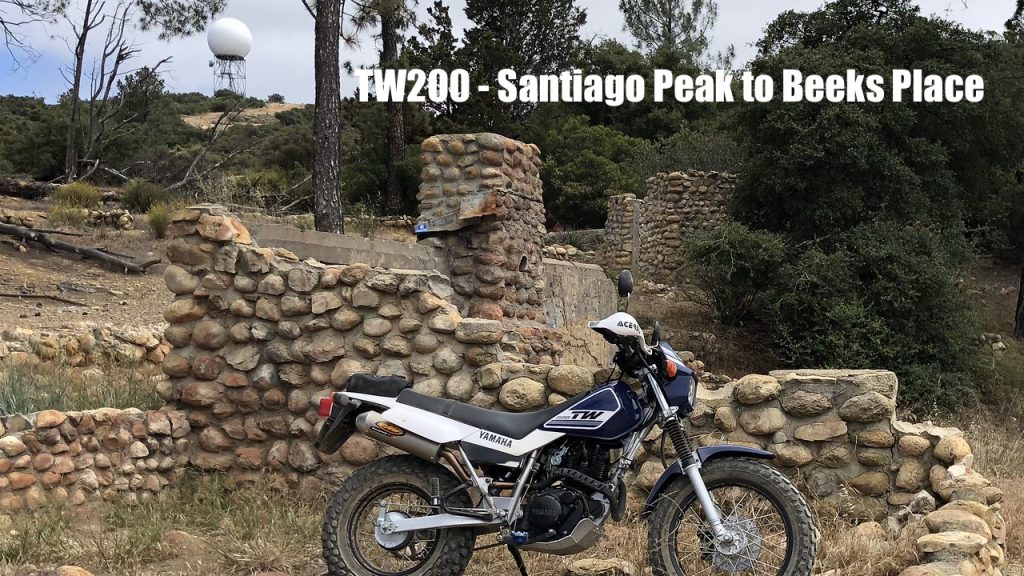 Riding solo today and still getting over this cold, but I “gotta” RIDE!

This video is running the spine of the Santa Ana Mountains, from Santiago Peak (the tallest point) to Beeks Place. Beeks Place is very interesting in that the ruins are what is left of a building belonging to a Mr. Joseph “Joe” Beek, who served as the Newport Harbor Master for a short time. In 1919, he obtained the franchise for the Balboa Island Ferry which remains in the family to this day! The main cabin was built during the 1930s, and the smaller one shortly thereafter. Although the family only used it on weekends, sometimes a caretaker would live there for up to a few months at a time. Due to constant vandalism and theft, it became impossible to maintain. All the coniferous trees were planted by the family. A system of cisterns can be seen around the area for water storage which made it possible to grow the trees. One cistern down from the main cabin was used as a swimming pool.