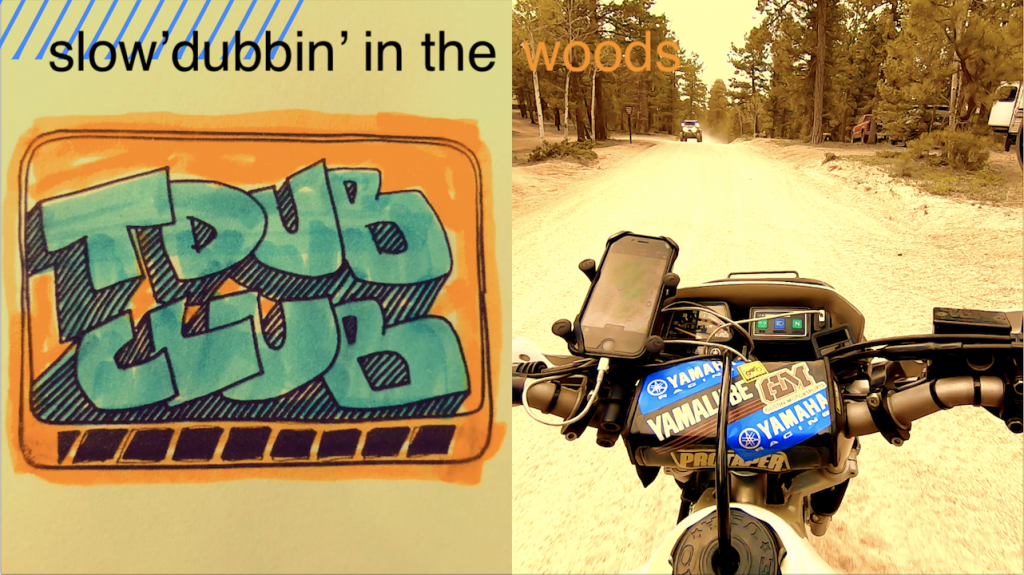 Chuck Neese, of whom I met while living in Alabama during 2021, is on a big road trip that had him in Colorado during the month of June, 2022. He gave me a call once he was in range of Colorado Springs as he was RV camping just outside of Woodland Park, close proximity to Colorado Springs. The month prior when he was out on the west coast visiting through the Red Woods, he had a little accident that broke a few ribs. Four – five weeks later he’s riding with me! Abliet, not at speed and a bit cautious with reason! For me, this would be my first ride of 2022 as I just got the bike up and running the night prior! Maybe you saw the TW200 Brake Disc & Battery Install – Yamaha TDUB Club (https://www.youtube.com/watch?v=nOTJyh5XmtQ&t=846s). The area we rode in is part of the Rainbow Falls / North Divide 717 Off Highway Vehicle Recreation Area. We crossed over this trail a couple of times and I WILL BE GOING BACK AND EXPLORING THESE TRAILS!!! But in the spirit of riding with my buddy Chuck, we took it easy on his ribs as he was clearly still very sore! I’m not just a “one speed” kind of guy! I can take it easy and smell the breezy or I can brap-brap-brap it up too! Sometimes all on the same day!

The North Divide area consists of numerous four-wheel drive roads open to off-highway vehicles (OHVs), as well as the popular 717 Trail System (which is open to motor vehicles 50 inches, or less, in overall width). Be sure to consult with the Motor Vehicle Use Map (MVUM) for official routes open to motorized vehicles. Free Motor Vehicle Use Maps (MVUMs) are available at your local Forest Service Ranger District office.